I love this quote from my mentor, coach, and publisher of “Bringing Value, Solving Problems and Leaving a Legacy Book” :

I’m Here For a Purpose, Copy of 10 Scrolls

“I am here for a purpose, and that purpose is to grow into a mountain, not to shrink to a grain of sand. Henceforth, will I apply ALL my efforts to become the highest mountain of all, and I will strain my potential until it cries for mercy.” – Og Mandino

Funny how things work sometimes… I was set to do an event in Atlanta in the early ’90s with Jim Rohn and another famous speaker. Well, the other renowned speaker had to cancel due to an unforeseen challenge. I searched for a replacement that would be as well known, accepted, available, and yes, in my budget.

My search led me to the author of The Greatest Salesman In The World, The Greatest Miracle in the World, and The Choice (just to name a few), Og Mandino.

I had a lot of brushing up to do now promoting the author of over 10 best-selling books. I did not know this former Publisher of SUCCESS Magazine and student of W. Clement Stone had overcome many, many personal challenges and obstacles before launching his own path to success in his late 30’s.

Og by his own admission was a recovering alcoholic and he had, at one time, been close to taking his own life.

I think that is one of the reasons Og’s message (when speaking and in his books) was so compelling. He had been through hell and back and come out the better.

His 10 scrolls in The Greatest Salesman In The World is a must-read (DM me if you would like a PDF of the 10 Scrolls).

I had the chance to work with Og multiple times after that first event in Atlanta. His story inspired me and seeing all the people who had experienced changed lives through his message encouraged me to share it with others.

Og, unfortunately, passed away 5 years after I first met him. It was a sad day for the world and for me.

In his honor, here are a few more Og-isms:

“Always seek out the seed of triumph in every adversity.”

“Do not listen to those who weep and complain, for their disease is contagious.”

“I will not allow yesterday’s success to lull me into today’s complacency, for this is the great foundation of failure.”

“Take the attitude of a student, never be too big to ask questions, never know too much to learn something new.”

“The person who knows one thing and does it better than anyone else, even if it only be the art of raising lentils, receives the crown he merits. If he raises all his energy to that end, he is a benefactor of mankind and its rewarded as such.”

“The victory of success is half won when one gains the habit of setting goals and achieving them. Even the most tedious chore will become endurable as you parade through each day convinced that every task, no matter how menial or boring, brings you closer to fulfilling your dreams.”

“Beginning today, treat everyone you meet as if they were going to be dead by midnight. Extend them all the care, kindness, and understanding you can muster. Your life will never be the same again.”

It’s an honor to say one more time, Thank You Og!

Join him in his Next Book!

Just as I published books with Jim Rohn, Denis Waitley and a who’s who of celebrity authorities (including in my recent books that include Darren Hardy, Les Brown, Brian Tracy, Mark Victor Hansen, John Assaraf and many more), I want to offer you the opportunity to join me in my next book project.

To read more of such stories, go 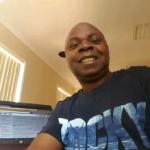 Sent from my phone with Blog This WOW

Another free and fast blog from Blog This WOW!